Project Detail
What is Istanbul? Can we explain it without clichés? Bridge of civilizations, mosaic of cultures, mega-city, mega-village, center of speculation, unplanned urbanization, city with identity, city without identity… Everyone starts to construct a different Istanbul in their mind; some give oneself over to the chaos of the city, while some take this as a problem; some like to live in old houses with musty odors and crusted stuccos, while others like to live in luxury high-rises, some eat at the local street seller, or at the expensive restaurants near the Bosphorus. Istanbul is the sum of all these dreams and memories. This city, who’s colorful form and life comes from the collective imagination of millions of people that have lived in the city since its foundation is being re-imagined, but  this time by the greed of private and public corporations that now have the power. Government led corporations like TOKI (Housing development administration of Turkey)/ Emlak Konut (Governments Real Estate Investment Trust) and KIPTAS (Municipality’s housing development company) who had been building in the suburbs of the city have started to redevelop areas within the center, and now the city deals with new concepts like “Modern Ottoman neigbourhoods” or “Seljuk style housing”. With the neo-liberal breezes, the government-led institutions are accompanied by local/international construction corporations, so now you can live in an “Aegean town” in Sancaktepe, or in Venice but in Gaziosmanpaşa, or along a fake Bosphorus in Küçükçekmece.  These new spaces, that are dominated by sameness and integrality (by contrast to the old city), announce the rest of the city as “crooked” and illegal, and demand the immediate “rectification” of them. But because these corporations and institutions have no idea how to rectify a whole city, they start demolishing those parts of the city who, for them, appear to be “crooked”.

Until the millennium, Istanbul tried to solve its transportation, housing or food problems through small entrepreneurs with informal solutions, but since a few years, the city has started to integrate to the global economic network, and this “self-service city” started to fade away.  The old and decaying  houses  that also had lively urban microsystems are being replaced by TOKI apartment blocks that lack imagination or urban character,  the dolmuş, which started as an ad-hoc solution to the lack of public transportation is being banned, the small grocery store that was accessible on foot is being replaced by supermarkets that are only accessible by car.

Urban space in Turkey is nowadays shaped by the ambitions of politicians and big investors. The participation of urban dwellers, small actors or NGO’s in the creation of these new urban spaces  is already very limited, and they are being passivized even more by creating governmental institutions that can bypass any objection or participation. This new situation in which just a few actors enjoy almost unlimited power over the city is in stark contrast with a contemporary metropolis, which should celebrate multiplicity and compromise.

The field is clear for these few actors that have a strong self-confidence (as well as legal support). Crazy, strange and sometimes cartoonish ideas and proposals start to shape the city. Istanbul-o-matik is an interactive game that starts from this phenomenon. It is in interactive installation on which visitors can experience how different actors (that shape, or should shape the city) effect an imaginary piece of Istanbul.

The game works like this: on the floor of the room you can see the signs of different actors/dynamics like TOKI, investors, urban dwellers, star architect, mayor, tourists, history, NGO’s and environmentalists. While in front of you, there will be an imaginary piece of Istanbul.  When you step into the shoes of these actors, the actor will start to effect the city. Just one actor has always crazy, almost cartoonish ideas, “ideal cities”. So if there is only one visitor, standing on only one actor, this actors crazy idea will start changing the city projection in front of you. For example if you are standing only on TOKI the whole city will turn into high rise apartment blocks that look the same. If there is another visitor in the room, standing on another actor, these two actors will start interacting creating a new scenario for the city. If there is another visitor, then 3 actors will interact… The more actors involved, the more diverse it gets. But the installation is not aimed at creating an ideal prescription to build cities, it is rather criticizing the top down decision making processes in which everything is agreed upon behind closed doors. The contemporary city needs to be shaped by a broad participation that includes many different actors.

In the process of creating the interactive video based project, different teams worked together  such as architects, programmers, motion graphic designers and sound designers . For projecting the realtime visuals and sounds in synchronization on the object, a spesific code has been created to transfer over 500 MB data in one second. Over 90.000 images are played as realtime video with the programme  and over 650 sounds and videos are designed to be played in synchronization and random.

All the visuals in the installation were created by processing thousands of images, videos, projects, promises and crazy ideas.

All That is Solid 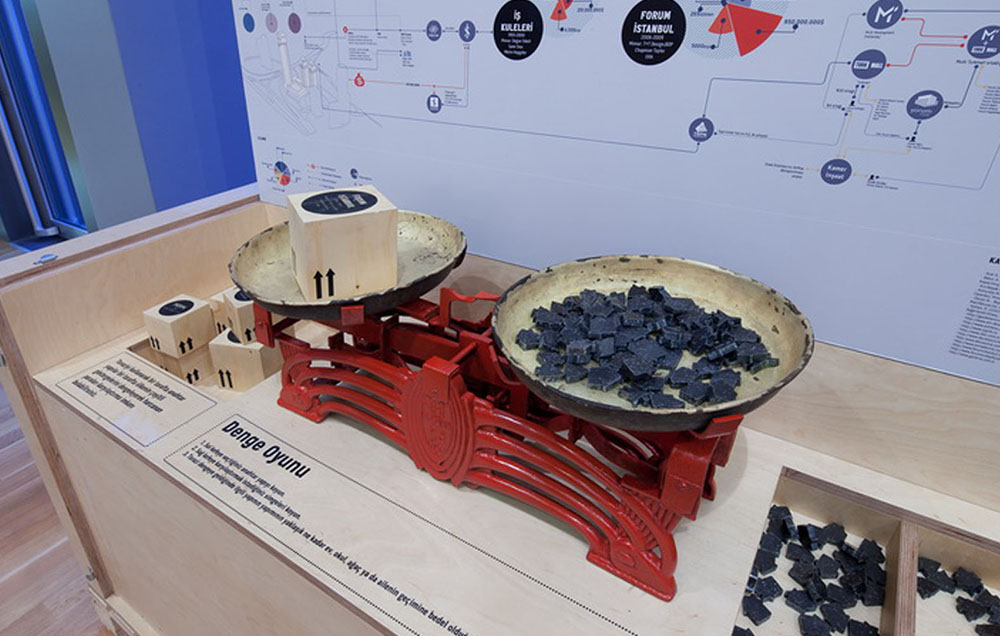 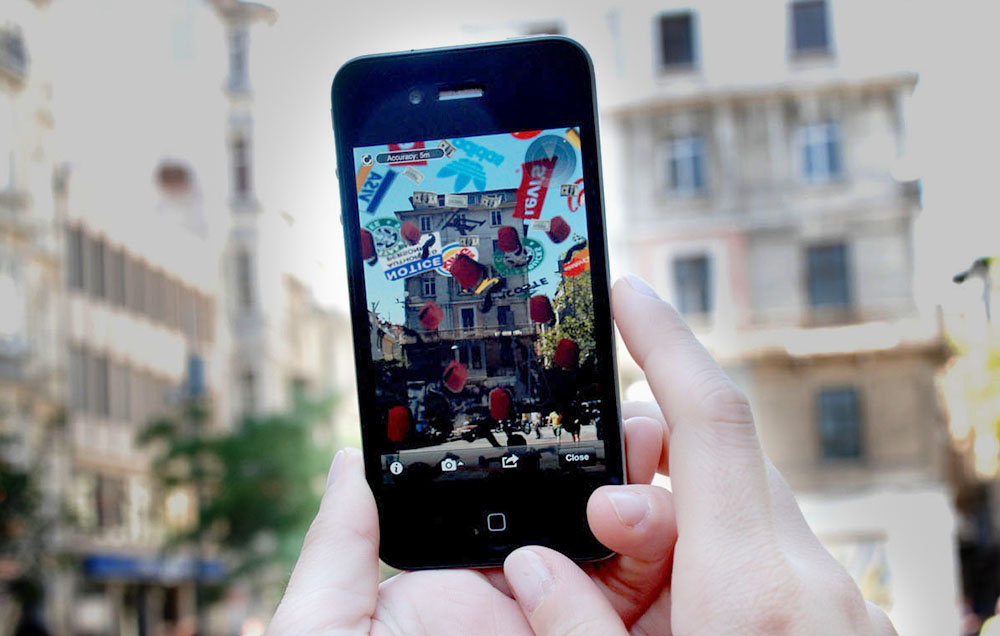